Welcome to my little slice of internet heaven. This site showcases some of the coolest Jawa collectibles from my personal collection (unless noted). Also, I have included links to some of my favorite websites, which feature other outstanding collections as well. Thank you for visiting MADBROWNZ and enjoy the "Jawa experience."

Featured are some awesome Pre-Production,  MOC or MIB Jawas that, unfortunately are not in my collection. 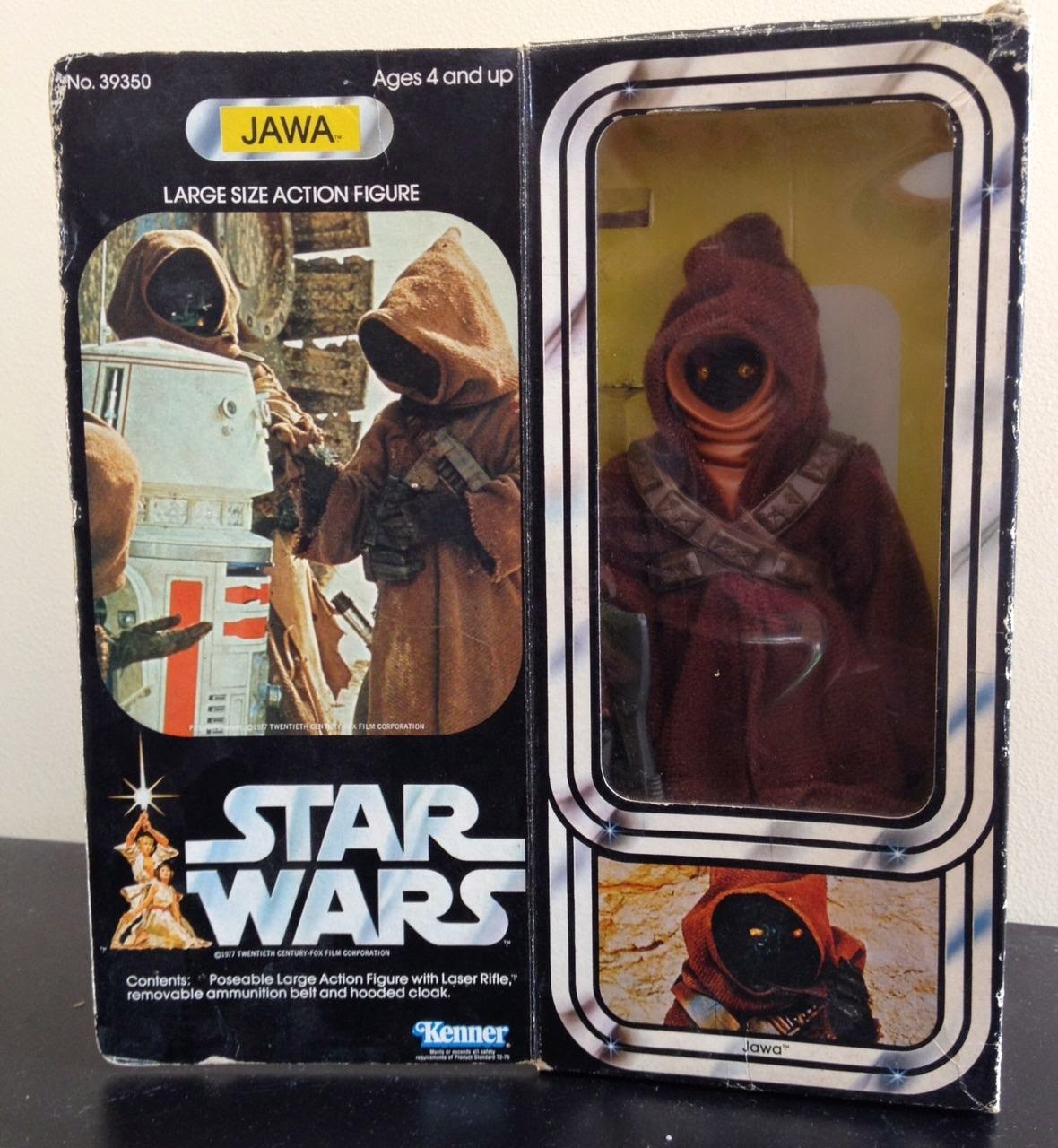 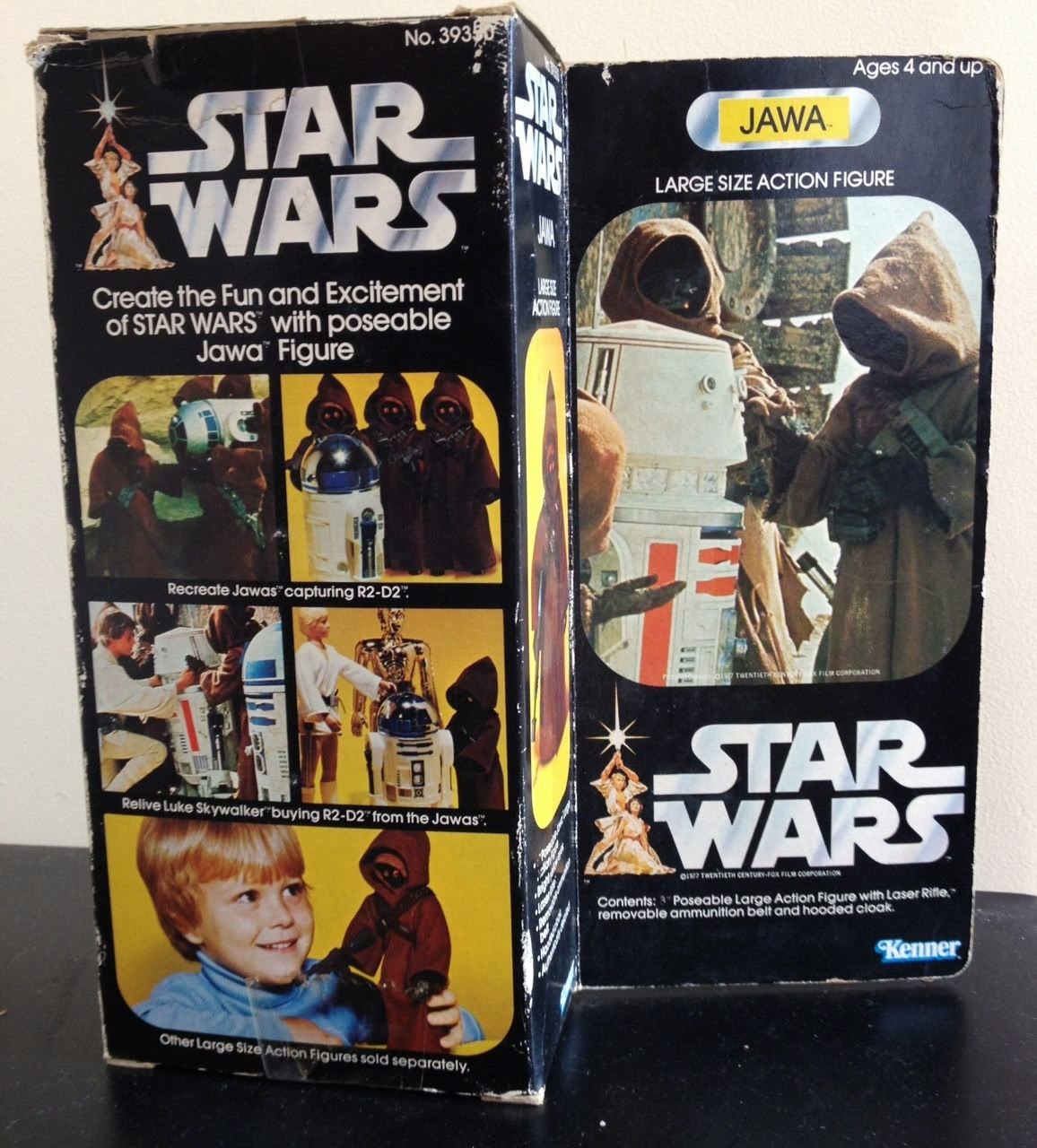 I have long since "thought" that a Boxed Toltoys Jawa existed. Unfortunately, I have never seen any proof. Well, now I have. At first sight, this appears to be a standard Boxed Jawa released by Kenner. If you look close enough, you will notice that the 8" size is removed from the box on the front and back. Though not pictured, this is removed from the side as well. This was common on Boxed Dolls that were sold and distributed in Australia. To date, this is the only one I have ever seen and look forward to others surfacing in the future.

This incredible picture showcases all five "known" Mint on Card Vinyl Caped Jawas. While the American version is hard enough to find, they are common compared to the Foreign released versions. From left to right: Star Wars 12 Back, Canadian Star Wars 12 Back, Palitoy Star Wars 12 Back, Meccano Star Wars 12 Back and a Empire Strikes Back Toltoys 41 Back. The Palitoy 12 Back is the most recent confirmed example and has been authenticated by AFA. This would be a dream MOC series for any Collector. Please check out Joe's awesome Trilogo Site.

Miscarded Trilogo Mint on Cards are not uncommon. Very strange combinations have been known to appear from time to time and this is one of the more odder pairings. I am aware of a Jawa existing a Ugnaught cardback and have heard of Yoda as well. I am not sure how someone confused a Jawa for a little furball Ewok and can only guess that someone did not drink their coffee that day. This figure landed on Ebay and sold for much higher price than I expected. The bubble is crushed on the top and bottom and their are a few minor cracks as well. Whatever the case may be, this is one odd combination that someone will be happy with. 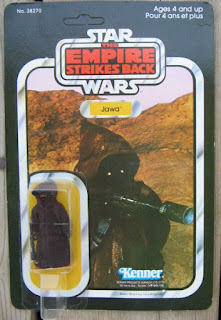 Unfortunately, I have never confirmed the existence of a Jawa on an American ESB 32 Back. I am only aware of them being produced on Canadian cardbacks and they are extremely hard to find. The one pictured above is in amazing shape. The item had been listed under "JAWA #32870 Empire Strikes Back" with no description of the figure being on a Canadian cardback. I can only guess that the seller received a very generous offer, so the auction could be ended early. To bad, as I would have loved the see the ending price. 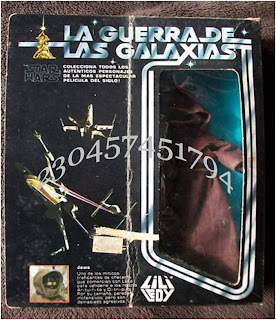 Not that the 8" Lili Ledy Jawa is not hard enough to find, but this features a seldom seen variation. The Jawa is "commonly" found with a green cape, but featured here is the brown caped version. This is the third MIB version I have ever seen. Though the condition is not the best, it is a real treat to see this rare variation come up for sale. 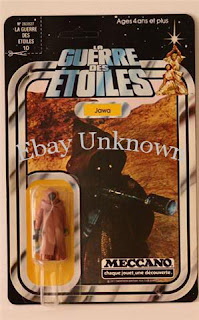 If proven legitimate, this could be one of the greatest finds in the hobby. This appeared out of nowhere on Ebay by a random seller. The debate started instantly with many experienced collectors debating the authenticity of the figure. After some mind blowing Buy It Now offers posted by the seller (30K+), the item disappeared. Rumor has it, the current owner will have this authenticated by AFA. Hopefully this will turn up again, so the debate can be concluded. 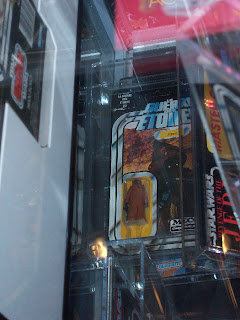 Well, what do you think, showed up at Celebration V? The "infamous" Meccano 12 Back VC Jawa happened to be on display behind the CIB Booth. Unfortunately, I could not see sticker on the case to see how this MOC figure graded out. I think this finally puts the debate to rest.. 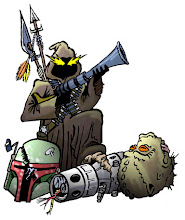 Jason West
This is a collector's website and is not affiliated with Lucas Film or any subsidiary, thereof. The content of this site is the personal property of the author and noted contributors and may not be used without my permission.